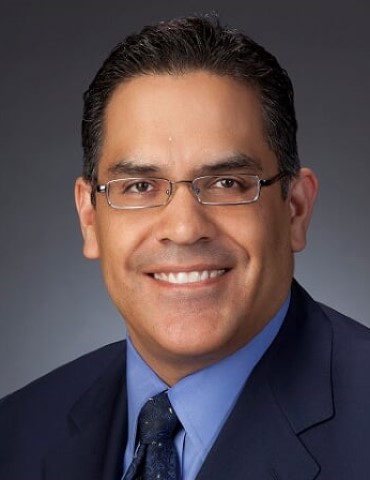 Manny is a highly experienced Texas lawyer who has worked in various legal roles throughout his career. He began his legal career as an Assistant District Attorney in the District Attorney’s Office of the 34th Judicial District in El Paso, Texas, where he served from January 2005 to March 2014 and again from April 2020 to October 2020. During this time, he was a line prosecutor representing the state of Texas in criminal court where he tried over 130 jury trial cases to verdict.

After leaving the District Attorney’s office, Manny worked as a Deputy Attorney General in the Licensing Section of the California Department of Justice, Office of the Attorney General, from March 2014 to May 2019. In this role, he represented California’s regulatory boards in all of their enforcement and compliance duties, as well as in collateral duties related to these boards’ essential functions. He handled cases of fraud, theft, compliance failures, false claims, and ethics violations, fully litigating causes of action at both the trial and appellate level.

Manny then worked as a Senior Associate Attorney at Athene Law LLC in San Francisco from June 2019 to March 2020, representing healthcare providers in general health law operational matters and providing advice on policies, procedures, rules, regulations, and legislation. Manny then served as Senior Assistant City Attorney and Chief of Litigation at El Paso City Attorney’s Office from October 2020 to November 2021. And in November 2021, he joined as Staff Attorney at Cal OSHA, Department of Industrial Relations in San Diego, California where he represented California’s Occupational and Health Safety Administration in all of its compliance, investigative, and enforcement functions.

Manny is a former United States Marine Corps Intelligence Analyst and Non-Commissioned Officer who served from April 1989 to April 1993 at Camp Pendleton, California. He received several medals for his service, including the Southwest Asia Service Medal, Kuwaiti Liberation Medal, and Navy Unit Commendation for his service in Operations Desert Shield and Desert Storm. He was responsible for analyzing, interpreting, and briefing Marines on satellite, electronic, and human intelligence.

Manny was born and raised in El Paso, Texas and currently lives with his wonderful wife Renee and son Eli in California.